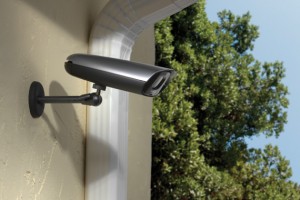 There are several tips for security camera repair in Broward County that could probably work in just about any region. However, that doesn’t change the fact that Broward is a unique place to carry out surveillance operations. Just about everyone who lives this southern county knows how difficult surveillance can be when one is dealing with almost 2 million people. It’s the second most populace county in the entire state of Florida, and Fort Lauderdale has its own unique set of problems.

That means that quite a few people will end up looking for some tips for security camera repair in Broward County, Florida. Unfortunately, surveillance has gotten sort of a bad name in the region. In 2002, Broward started up an aggressive campaign to install surveillance cameras along roads and at traffic lights. Many critics raised complaints that these cameras were a breach of basic rights. People feared that they were being watched, and at least two lawsuits were filed over their usage. This has influenced people’s perception of the surveillance industry overall.

Individuals looking to repair or replace cameras in Broward take the time to familiarize themselves with the economic activities that the county has involved itself in. There are several major airline offices in the greater Fort Lauderdale area, and commercial property is often at a premium as a result of this type of development. While crime might not always be high in these areas, that doesn’t mean that people should be negligent. In fact, crime can strike anywhere. One of the most important repair tips is to never neglect maintenance. Fixing a camera today is much easier than waiting for tomorrow to come.

Each day that goes by when a camera isn’t working is that day that’s less secure. When surveillance systems are down, nothing is being recorded. If crimes were to occur, there wouldn’t be any evidence of them on tape or disk. Of course, crime isn’t the only reason that one might want to keep an eye on an area. Weather patterns can be extremely destructive, and remote video surveillance is an excellent way to keep abreast of what weather patterns are influencing a particular area without needing to rely on unreliable meteorological reports.

This is especially true of facilities based in Broward County, since the effects of tropical storms so often batter southern Florida. Hurricane weather is extremely destructive, and some people fear that it might be getting worse as storms become more powerful. Keeping a remote surveillance system in a good state of repair can give anyone fearful of storms peace of mind. No one wants to be in the dark about storms.

That being said, many tips for security camera repair in Broward County can be applied to surveillance techniques across the country. This is especially true for technical tips, since technology is generally the same across the United States. There are still numerous different types of installations that engineers might come across. Regardless of what sort of hardware one comes into contact with, understanding the warranty is extremely important.

Few people actually stop to read warranty contracts, which is actually rather foolish. When people need to take advantage of their warranties, they might not be able to. Companies usually offer to repair or replace equipment for a limited amount of time. Though some areas might require certain limitations to be voided out, that doesn’t always mean that people can expect manufacturers to fix things indefinitely. Consumers who damage equipment themselves are usually required to pay repair costs themselves. Installing unofficial modules on certain cameras could void their warranties. Unscrewing or opening up the shell is usually a problem as well. Ordering all new equipment from a legitimate retailer like the Security Camera King is an excellent way to avoid incompatibilities, and this might be enough to protect the warranty on some models.

Of course, prevention is always the best medicine. Security camera repair in Broward County might not even be an issue for those who always take good care of their equipment. People forget about security cameras once they’ve been installed. This isn’t for the best. Consumers need to make sure that they’re taking care of their equipment. This often starts with cleaning it.

A little dusting can go a long way. Lenses can get smudged over time, and debris often sticks to them. This can cause extremely annoying dots to appear in the video. In the worst-case scenario, a camera might be so dirty that any video it shoots is unusable. Moving cameras around can often put fingerprints on the lens, and these fingerprints almost always show up on tape. Naturally, people should always avoid touching the camera lens.

When lenses get smudged, it’s not too hard to get them clean in most cases. Micro-fiber cloths are usually advisable, but some manufacturers are picky about this. A clean and dry cloth might be able to rub everything off the lens, but a slight bit of moisture can sometimes help out. Of course, one should always be sure to dry the lens if water had to be used. Extreme care should be taken to avoid scratching the lens when cleaning it.

On the other hand, people shouldn’t be so afraid of scratching camera lenses that they simply avoid cleaning them all together. After all, dust build-up can actually cause scratches to appear on the lens 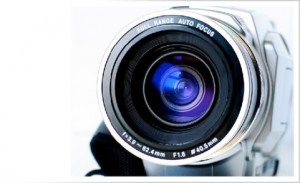 face. Therefore, regular cleaning is pretty important. That being said, people still need to know what to do when they’re up against scratches. Newer polymer lenses won’t scratch as easy, but that doesn’t mean that they won’t. Of course, anyone still using older glass lenses might come across scratches occasionally.

Lens modules can be purchased and screwed in after removing the previous cartridge. Before doing so, consumers should make absolutely sure that their camera unit isn’t still under warranty. Opening it up will void any manufacturer’s policy. On older cameras, however, repairs can often be done at home.

Consumers should still make sure that they take all necessary safety precautions when working with electronics. Never work on devices when they’re plugged in, and remove batteries from portable equipment. Don’t touch live wires, and make sure to discharge capacitors if they’re an issue. Safety is a serious issue, even when one is working with relatively simple consumer electronics.

In some cases, it pays to protect the equipment as well. There are different ways to discharge one’s own electrostatic field. Electronics are sensitive to static shocks. Some people wear grounding bracelets or straps to avoid discharging shocks to equipment. Security equipment with hard disk drives might very well be the most susceptible to such damage. Exposing it to electric shocks could ruin magnetic media. The human body is a rather efficient conductor of static electricity.

Security cameras that feature non-standard cases are sometimes difficult to work on. Some units have been designed to look like other things. This has become a fairly common practice in the last few years, but it actually stretches back for decades in some industries. They’ve actually become quite popular in areas where laws don’t forbid their use. However, they can be very difficult to fix when they break down.

Internally, they’re the same as any other camera. The case is what often stands in the way. Once one has carefully disassembled the shell, the camera can actually be serviced like any other unit. On the other hand, it might take a little while getting to that point. Keep all the screws together once they’re out of the case. Losing one or two is really annoying, and it’s a pretty good to keep an eye on which screw goes where.

Anyone who’s taken apart a computer or VCR knows all about the problems with screws. It’s painfully easy to misplace them, and it’s impossible to find ones that can replace them most of the time. There’s a little bit of light at the end of the tunnel though. If one or two screws are missing, cases can still usually hold together. Any more than that usually give people problems though, and most hardware places in Broward County don’t carry proprietary machine fasteners.

Mounting brackets give people grief occasionally. Many people in Broward County have their cameras slung on the walls. Screws occasionally come loose, so they need to be periodically tightened. This should help cameras from actually falling. Surveillance equipment is actually pretty durable, but even the most robust equipment could suffer from a fall. Repairing brackets is much easier than repairing security cameras.

If cameras take a fall, all may not be lost. Bent connectors can sometimes be eased back into place with a pair of pliers, but this might not even be necessary. Gently reinserting a coaxial connector might be enough to fix it. Be very careful not to break the pin off the male coupler. Broken pins are a bit of a serious problem, but cable can be spliced back together. Some people actually enjoy making their own lengths of cable, but replacements can usually be ordered.

This is more of a problem with F connectors than with other types. Some people who are using SMA units might find that their coax pins break left and right. On the other hand, there are some very durable adapters. In fact, when one repairs a security camera it could be a good idea to install a new piece of cable to make the unit more durable.

Most people like BNC adapters, since they really hold together. There probably isn’t more durable of a connector than the PL-259 SO-239 coupling unit. These are really large, so most security cameras don’t have them. They’re an option for some people though. When finishing off repairs, most people should avoid installing converters if at all possible. They’re a weak point. Television monitors designed for closed circuit monitoring generally come with BNC posts anyway.

Learning a few tips for security camera repair in Broward County can mean all the world of difference. Regardless if one wants to do the repairs by themselves or they’re working with a representative, keeping a few pointers in mind will make the job considerably easier. Of course, maintaining equipment is infinitely easier than fixing or replacing it. Taking good care of security equipment will make it last for a really long time. Everything eventually fails, though, so it’s a good idea to be prepared in case of a break down. If you need assistance with security camera repair in Broward County, contact Techpro Security today.