If you have ever seen one of those security camera signs posted in a residential neighborhood, chances are there is neighborhood watch cameras installed. This is quickly becoming the norm in many communities and residential settings for a few different reasons. The main reason is, of course, safety and protection. The rate of crime prevention and suspect apprehension is quickly demonstrated once a community has their neighborhood video surveillance system properly installed. Potential bandits are instantly deterred from conducting their crimes for fear of being caught on camera after seeing those neighborhood watch camera signs on display. Having a security guard on the physical premises 24 hours a day can become extremely expensive without the accuracy of neighborhood watch cameras.

Originally neighborhood watch programs were implemented by local police stations often times including those pesky people residing in the community who were known for their snooping and curiosity. You may be familiar with this technique, as it usually involved a nosey neighbor or neighbors who would partake in the constant observation of the neighborhood. Some police agencies may have even issued the neighborhood watch busybodies their own neighborhood watch vehicles. As crime rates rose and became more complex, communities and neighborhoods began employing one or more security guards to up the coverage of a given area. The expense that came with having a guard or guards to monitor an area twenty-four hours per day became apparent along with a gap in discovery when an incident took place. As technology advanced, many homeowner associations started supplementing their security staff with neighborhood watch cameras that, in conjunction, put a set of eyes in all angles and directions around the perimeter of the community. Unfortunately, home invasions and burglary rates are on an increasingly disturbing rise, especially in recent years. Digital Security Guard is one of the innovators paving the way for fully implementing full CCTV camera installation to allow remote video monitoring with licensed security guards. This is quickly becoming the norm in neighborhoods, gated communities and homeowner associations across the United States of America. Not only does this smart new fusion of methods effectively work to prevent any potential break-ins, but also provides a clear and concise image of any individuals responsible for any incident that takes place.  This is something that soon-to-be homeowners are considering to be a deal-breaker in their journey to purchasing a home in a community.

Some surprisingly alarming statistics reveal that thirty-eight percent of reported assaults happen during a home invasion. Here a few others that may have you thinking twice about having neighborhood watch cameras installed: 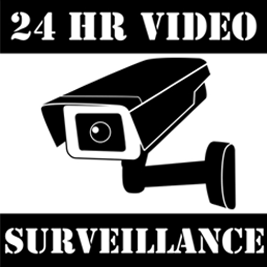 Neighborhood watch cameras along with a licensed security guard will dramatically reduce the threat of these incidents. In turn, it also sends a message to associating or similar individuals that their criminal attempts will effectively end in their capture and incarceration. Certainly, it will never be possible to eradicate the criminals or their destructive behaviors, however, we can definitely continue to challenge their efforts at criminal activity and protect our homes, families and valuables. TechPro Security Products have an amazing team that is ready to consult with you today regarding neighborhood watch cameras and CCTV camera installation. Our experts in security systems will custom design a surveillance solution for your HOA, gated community or neighborhood. Your consultation with one of our professionals is absolutely FREE of charge. In addition, TechPro Security offers many complimentary services with the neighborhood surveillance system including lifetime support by our knowledgeable technicians who have seen every side of the security industry and business. Our team is made up of seasoned professional with military and law enforcement backgrounds who specialize in security surveillance. Call TechPro Security Products if you are interested in or have any questions about installing neighborhood watch cameras. 866.573.8878