Neighborhood Security Cameras cast a much wider net than one set of eyes that is stationary for the majority of the day.  Neighborhood security camera systems can be viewed by as many persons as you would like to grant access to them.  Many communities have a large group of persons involved within the neighborhood watch program.  Although not everyone appreciates a busy body as they can be meddlesome the majority of the time.  Due to the snoopy nature of busybodies they tend to know the regular comings and goings of the neighborhood better than most.  Imagine when you come home and your house has been emptied of all its valuables.  You will be wishing for a busy body neighbor and could have greatly benefited by a so called interfering neighbor.

Having neighborhood watch cameras is gaining more popularity because criminal acts involving home invasion and burglary has skyrocketed in recent years.  Disturbing crime trends  have been shown to growing every year around the suburbs at an alarming rate.  The modus operandi of vigilant neighborhoods and communities has included adding newer layers of security through neighborhood video surveillance.  It has proven that being mindful and attentive is the most proactive measure recommended by law enforcement.  Neighborhood watch programs were initially spearheaded by local police agencies.  Neighborhood watch programs have always been around but lately they are gaining more momentum than a Mississippi steamboat.

If your neighborhood or gated community is interested in getting neighborhood security cameras consult TechPro Security Products.  Our security surveillance experts will design the perfect solution for your neighborhood or gated community FREE of charge.  TechPro Security Products bundles many COMPLIMENTARY services into their neighborhood security camera systems.  Our team of security surveillance experts is comprised of seasoned industry professionals.  Law Enforcement and Military backgrounds with security surveillance specialists who helped pioneer the use of remote viewing in the US via smart devices with apps.  Our technical support specialist are on hand 9am to 8pm EST to help for the lifetime of your security surveillance products.  Need help viewing the cameras from any myriad of smart devices – No problem.  You might want to configure certain security cameras to be activated by motion after certain hours.  Security Cameras placed at pool houses, community centers and other areas that should not have visitors after certain hours can be setup to  be activated by motion.  Alerts can be triggered to notify you with emails or text alerts when any type of vehicle pulls up to a gated entrance.  There are many options where we can custom tailor a complete security solution for your neighborhood or gated community. 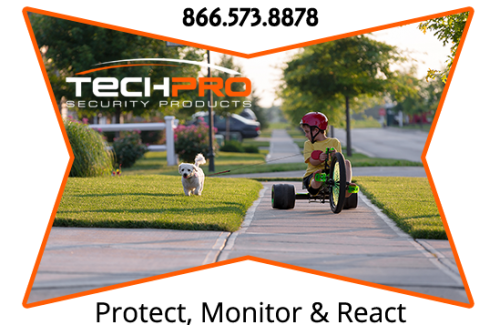