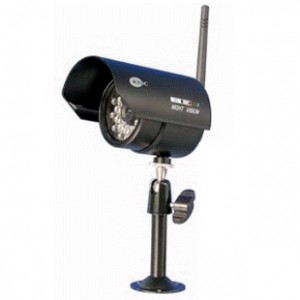 Whether it’s a casino in Pompano Beach, a mall in Palm Beach County, or a residence in Broward County, a wireless security cameras system can provide the surveillance and monitoring that you need.

Here’s an excellent example of how a wireless security camera system could have benefited a recent Southern Florida crime victim:

A wireless security camera system could have helped this victim as well:

A wireless security camera system usually consists of from one to many wireless digital cameras, a wireless receiver, a processing unit with a CODEC utility, a monitor, and a digital video recorder or DVR. The wireless cameras capture the video image and send it via radio waves using the 2.4 GHz or 5.8 GHz band spectrum. The receiver, normally, but not always, located in the same area as the processing unit, monitor, and DVR receives the cameras signal and transfers it to the processor where a digital video file is created. The vile is than viewed on the monitor and/or stored on the DVR.

Wireless security camera systems refer to the cameras as wireless, because they eliminate the need for a coaxial transmission cable. On “wired” systems a transmission cable must be run from each camera to the processing unit. A wireless camera eliminates the need for this cable as it has its own on board circuitry and antenna for sending the signal via airwaves. The camera is not totally wireless however, as it usually needs to be connected to a small power supply wire.

Wireless security camera systems have receivers that are “tuned in” to each camera. Most cameras have one or more “channels” or frequencies that can be used for transmission to prevent cross interference in transmission. Often times you will see a wireless security camera system referred to as “4 Channels” or “8 Channels;” this means the system is designed to use up to 4 or up to 8 cameras, providing those cameras can tune into those channels’ frequencies.

Wireless security cameras come in many different sizes and varieties with a multitude of different optional features. The following is just a partial list of those camera types or features available:

It’s important to not that the reception range for wireless cameras is Lin Of Sight or LOF. Cameras and receivers have different LOF ranges which are the ideal ranges between the two with nothing blocking the sight of either. Wireless cameras still work in non-LOS conditions, but the range is shorter depending on the material the radio waves need to penetrate.

We are your Southern Florida wireless security system experts. Contact us now to purchase your system and/or have it installed.